The Parable of the Three Servants

24 Then the servant who had received one thousand coins came in and said, ‘Sir, I know you are a hard man; you reap harvests where you did not plant, and you gather crops where you did not scatter seed. 25 I was afraid, so I went off and hid your money in the ground. Look! Here is what belongs to you.’ 26 ‘You bad and lazy servant!’ his master said. ‘You knew, did you, that I reap harvests where I did not plant, and gather crops where I did not scatter seed? 27 Well, then, you should have deposited my money in the bank, and I would have received it all back with interest when I returned. 28 Now, take the money away from him and give it to the one who has ten thousand coins. 29 For to every person who has something, even more will be given, and he will have more than enough; but the person who has nothing, even the little that he has will be taken away from him. 30 As for this useless servant—throw him outside in the darkness; there he will cry and gnash his teeth.’

Good news, really good news.  In fact, probably the best news I’ve had for a long while.  We’ve just been awarded a new member of staff.  A special Pioneer Minister for the Towerlands Church plant.  Together with our sisters and brothers of Bourtreehill Relief and Mure Churches we are going to grow a new worshipping community, a new church in this area.  God is investing in us.

God is investing; we have been awarded the full grant of over £1,500 to help develop Messy Church and support these new ministries.  God is investing; we have had the fees paid for four of our members to undertake the Forge Pioneer course.  The course gives us insight into the current contemporary world, encourages us to engage - not where we the church are at, but where the people are at, all those people, the many, many out there we currently don’t reach.  And we are shown examples of new Christian communities, new churches that have been planted and have grown.  This additional support that God is investing in us, comes to £6,000 in course fees.  God is investing us; we have another two members, forming a new Learning Community partnering with another four from Bourtreehill Relief and Mure, all planning and building towards releasing the potential of God’s new investment.

God is investing in us; we have two buildings right in the centre of one of our communities.  We have many, many talented, faithful committed members, children and young people dispersed across our communities and beyond. This is good news, great news - God is significantly investing in us today.

Smile, rejoice, give thanks in prayer, encourage one another with this good news… but let’s not for one-minute rest on this and think we’ve got it sorted, we’ve got it made.  Because it’s what we do with this investment that counts.  With great blessing, comes great responsibility.

In the parable that Jesus tells us today we read of three servants who were blessed.  In our Good News pew Bibles, we read that one servant was blessed with 5,000 gold coins, another with 2,000 gold coins and yet another with 1,000 gold coins.  That’s an awful lot of money, it’s reckoned that the first servant got the equivalent of 75 years wages, the second 30 years wages and the third 15 years wages.  Wow, that’s serious blessing!   The first two; with the 75 years wages and 30 years wages, went and took risk, invested and doubled them.  Bringing back 150 years of blessing and 60 years of blessing respectively.  And as a consequence, they were blessed with even more.  The third servant had a different attitude though, they held on to all they had, abundant even as that was, they squirreled it away, hid it and as a result they lost everything and were cast out from the community.

Why did Jesus tell this story?  Well the first listeners would have understood the man who went on the journey as being God, and the servants who received the gold coins as being Israel.  God had given great wealth and abundance to Israel.  He had given them the holy Word of God, he had given them the law, he had blessed them with the Temple, his prime place of residence on earth.  Israel had it all, but instead of investing and leading more and more people to know God, they had kept it to themselves.  They had been given wonderful promises about how God would bless not only Israel, but through Israel, the whole world.  And they had buried this in the ground.  They had turned the commandment to be the light of the world into an encouragement to be the light for themselves.  And now, with their master at last coming back, they were being called to account.

I trust the significance of this is not lost on us.  We have been greatly blessed.  In these difficult days, it may seem tempting to hoard up all that we’ve got, keep it safe under lock and key, and dare not change a thing, use what we have to serve ourselves.  But that was not what Israel was called to be and it’s not what we, the living Church of Jesus Christ, are called to be either.  We are called to be an abundant blessing as we have been abundantly blessed.

Last weekend I was with the other members of our congregation on Zoom with the Forge Pioneer course teaching weekend.  One of the course leaders, Alan McWilliam, who’s a minister in the Church of Scotland, was taking about some of his experiences of ministry.  He shared with us a story of one way he had tried to reach out to a new group of people with the Gospel.  He’s a big football fan so he took it on himself to start travelling with an away supporters’ bus, with the cunning plan to get alongside some of the guys there and share the Gospel as they travelled.  So, he got on the bus and at the first set of lights when the bus stopped, he said it sounded like the Irn Bru lorry doing an emergency stop, there was so much glass clinking.  He then thought about joining in with the singing, but every second word, he found he really couldn’t sing.  But, he kept on travelling undeterred.

Alan would love to have told us that he got into some great conversations and saw these men making a commitment to following Jesus Christ.  But they didn’t.  What he did learn though is that it’s OK to take risks.  From that perspective he went on to plant a new church in Whiteinch.  It gathered others willing to take a risk, they tried the new thing, they reached out beyond their comfort zone, they invested their time and money in new ventures, and they saw God turn up and make good of it.  When Alan eventually left Whiteinch, there were 180 members with an average age of 22 years old.  50% of those members were Christians who had been inspired by what was going on and joined in, the other 50% were people who had either walked away from Church in the past or had never previously been Christian.  That is an amazing story of God’s multiplication and blessing.

On the course we listened to other church planters and time and time again, the story was one of people taking risk, of people praying and being obedient.  And it seems that God bless three things: prayer, obedience and risk taking.  And I heard that, when you are praying, the risks don’t feel like risks, because it’s God who is leading the way.  And we know that we can trust God.

So, the blessings we have in: faith, talented committed people, buildings, the Forge Course, Learning Communities and a new Pioneer minister post are all things to really rejoice in, but they are not the end result, they are our beginning, our starting place for growth.  Like the mustard seed that grows and grows and becomes a great tree, like the buds of God’s Kingdom that blossom, this is our time to grow and blossom and be God’s good and faithful servants. 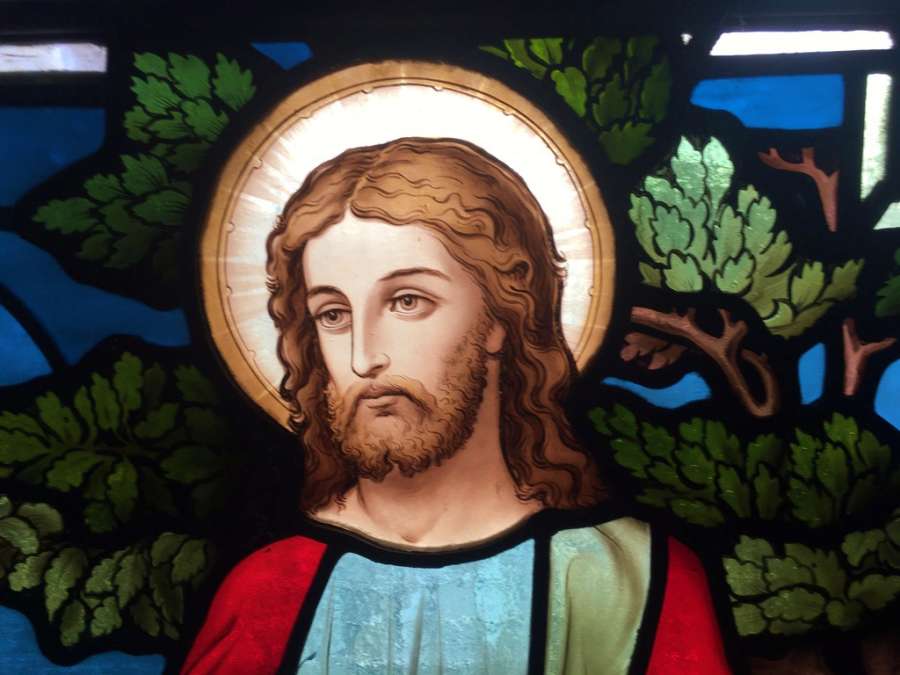